Programming appeared as a hobby for Márk at the age of 12. He had already devoted his time for coding since secondary school, where he attended various IT courses and competitions. He had his first taste of .NET development at Óbuda University in Budapest. He got his first jobs in the field of industrial automation during his third semester.

Since then, he has taken part in several .NET based projects in WPF and WinForms. He also gained a considerable amount of experience with the development of business applications using DevExpress XAF. Eventually he met Zoltán, who got him into developing Orchard CMS. He saw great potential in it, which led him to become a proud member of the Lombiq team.

During his free time, Márk likes participating in floorball trainings in the dormitory of his university.

Márk is a rather server-side guy who mostly works on our Orchard projects writing clean C#. 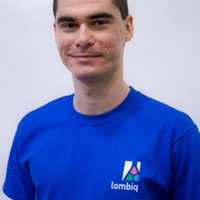