When Milán was younger, he was absolutely fascinated by computers & games and later he came to learn more about hardware and how computers work. This confirmed his belief that he found his profession.

He finished High School in a special class for students who are interested in computer programming where he had chances to learn Pascal programming language and web development. In 2009, he became an Information Technology Engineering student at Óbuda University in Budapest.

At the university, he learnt about the C# language, OOP and got experience in different areas of information technology like ethical hacking and mobile application development. At his first workplace he worked in the field of finance using SQL for business logic and WinForms with C#.

His specialization at the university was image processing and robotics. He learned a lot about the controlling of robots and various image processing algorithms. During his free time, he goes to the gym or running in the beautiful city of Budapest. 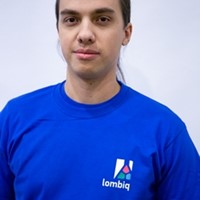