Álmos was introduced to programming in high school where he first learned about the Pascal language. He became so fond of math and computers that he later chose to study Computer Science at the University of Szeged.

He was mostly interested in machine learning and data science. He also got to learn about the F# language which fascinated him, and awakened his curiosity about the .NET world. Because of that he later chose to attend an Orchard course taught by Zoltán and Benedek at the university. After the course and an interview they offered him the opportunity to join the team, and he was happy to take it.

His beloved hobby is beekeeping, he is currently taking care of 15 honey bee colonies in his free time. 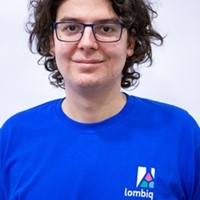