Dávid was interested in programming since his primary school years when he learned Quick Basic on his own as a hobby. But the real stroke of luck was when he wanted to move on to C++ but accidentally bought a C# book and became really fascinated by it. Later he worked with various .NET technologies including WPF, ASP.NET and XNA too. He also gained experience with JavaScript and Python between high school and joining Óbuda University.

At the university he specialized in embedded and mobile systems but also took up a variety of topics including the Orchard course taught by Zoltán and Benedek. He is working on his thesis in surgical robotics.

In his free time Dávid likes to watch movies, walk about while listening to audiobooks, play airsoft, paint miniatures for wargaming, and all manner of tinkering (like making video game mods, hardware mods, Arduino and 3D printing projects). 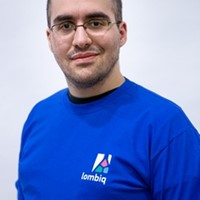